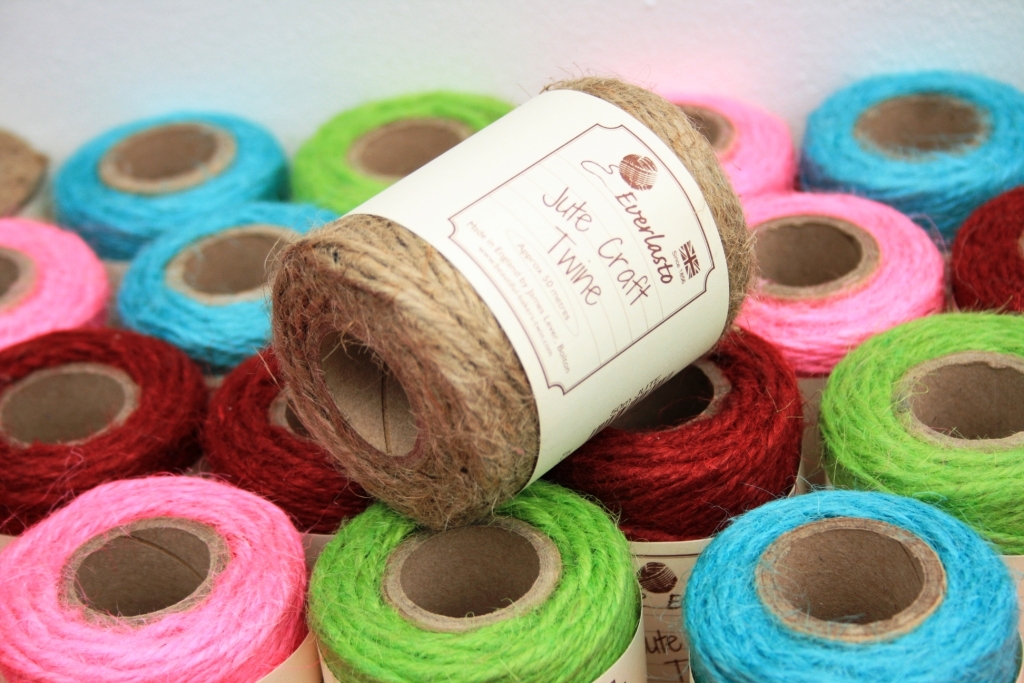 It was already a year ago when I bought two pieces of everlasto jute twine. Since then two pieces have been lying in the sun (well, as much sun as there is to be had here in England). The colour does fade. But I think the amount of that is tolerable for a book. And so I am going to use it for binding on cords. I was able to get a selection of smaller, 50m spools for a start, and I hope you’ll like it as much as I do! Get it here.

You’ll probably see me making a couple of books with it in the near future. For the moment, I used it to crochet. Well, as I admitted in the last post, I am kind of a crochet maniac at the moment. I crochet everything I can get my hands on. Yesterday I made baskets from old T-shirts, today I tried the jute thread again (last week I made some containers) and made some coasters:

Anyone interested in the crochet pattern for these coasters? Here is a short version:

The colourful chains are added as chains on top, through the stitches. I used a cotton thread for that.

Sunflower coaster (low in the image)

(Edit: I used 5htr around ch-space for the final round of the sunflower coaster, however, it seems a day later that 6 might have been the better choice – the rim is a tad too tight and is raising above the table.)